I’m so excited to share this week’s Real Honeymoon blog post written by my good friends Ashley and Tom. After their beautiful wedding weekend in Pebble Beach, they spend the first part of their honeymoon Italy and ended their trip with a few days in Barcelona. Read all about their honeymoon in Italy and Spain below:

We wanted to take the opportunity to go somewhere far away since we both took off a full two weeks from work. We had both been to Europe but to different places and back when we were in college. We wanted to have a combination of relaxing beach time and sightseeing, and obviously with good food and wine! I also really wanted to see Venice so we spent one day/night there in between Sestri Levante and Rome.

We absolutely loved out time in Sestri Levante and Cinque Terra. We spent one afternoon hiking between Vernazza and Monterosso. It was about two hours, with lots of stairs and uneven paths through the mountains but it had absolutely breathtaking views of the coast. We both agree that if we could go back to one part of our honeymoon it would be to that day! I also have to mention the food, Italian pasta and the fixed course meals we had in Spain were among the best meals we’ve ever had. 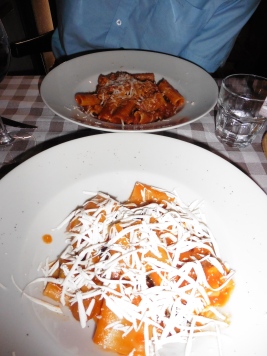 … how much time we gave ourselves in Spain. We had Wednesday night through Saturday morning, but we would have liked another couple of days to explore other beaches and small towns. We really only had enough time to do one full beach day and one touristy day (the hop on hop off bus was great).

Tom took the lead here!! He did a fair amount of reading online and a lot of looking places up on TripAdvisor. He planned out all the hotels ahead of time and many of our dinner reservations were booked in advance, or at least mapped out so we had options depending on where we were that day. It was also really key that we booked a tour of the Vatican ahead of time. Tom booked it on his points with Chase and it was perfect (full day, Vatican in the morning and all the Basilicas in the afternoon). We also used Chase points to book a Gondola ride in Venice and even though it poured on us, it was really fun. 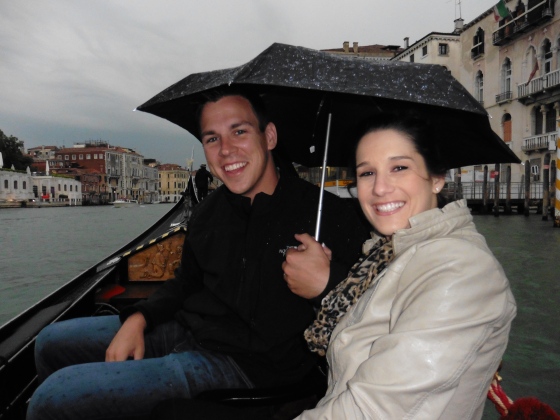 I would have to say the meals in Spain. We just went with the tasting menus and wine pairings that were recommended and though we didn’t regret it one bit, dinners ranged from $150-250, but for fixed menus with multiple courses, we thought that was pretty good. We also picked fairly nice hotels which weren’t super high-end but really nice, and I think that made a big difference.

We would love to go to Thailand and surrounding countries. I would also really like to go to South America.