My best friend Alice and her husband Jason did a mini-moon in Carmel in 2012 right after their amazing wedding at Carmel Valley Ranch, and decided to go on a longer honeymoon over their one year anniversary.  Alice loves traveling as much as I do (and has been everywhere), so we had lots of long discussions about where would be the best November destinations for their trip.  Finally she and Jason decided on an incredible itinerary in both the Philippines and Hawaii.

Fast forward nearly a year later, Alice sends me a headline about a super typhoon headed straight toward the Philippines — uh oh.  They had to act quickly and re-plan everything, and even though it wasn’t the honeymoon they were expecting, Alice and Jason had a fantastic time in Costa Rica.  (A Jay-Z and Beyoncé spotting at their hotel didn’t hurt either.)  Read all about their awesome Costa Rica honeymoon below:

We honeymooned in Costa Rica in November 2013. During our trip we stayed in two areas– near the Volcano Arenal for the first part, and on the Pacific coast at Playa Papagayo for the second part of the trip. 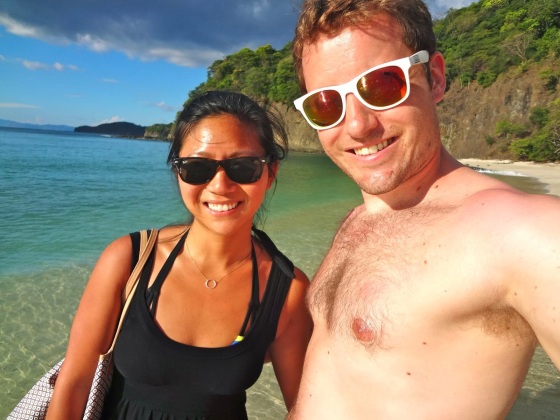 Our trip was two full weeks, from November 14 – November 28. 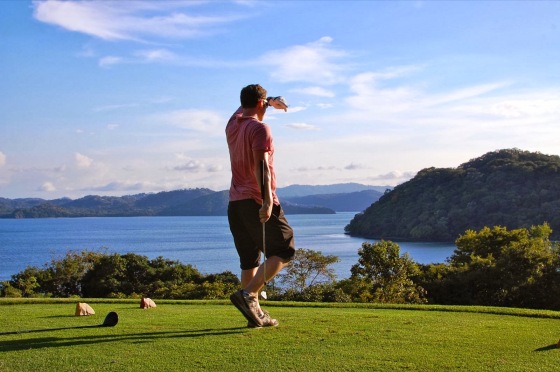 We planned our honeymoon to be on our one year anniversary in November, and originally had everything set for 2.5 weeks in the Philippines and in Hawaii. Due to the “super typhoon Haiyan” that hit 5 days before we left, we decided to not continue with our original honeymoon plans for that destination. As a result, we planned a last minute honeymoon in Costa Rica because it had great beaches, activities, and very importantly, good weather :) 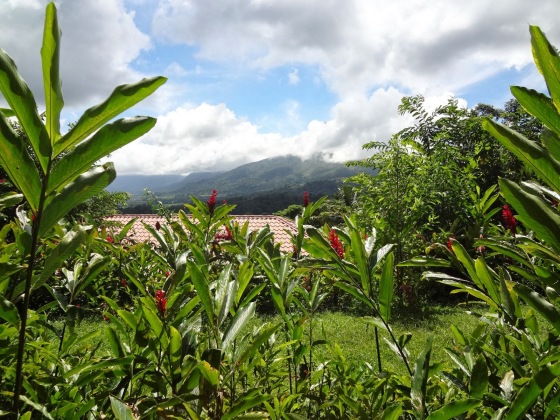 We ended up splitting the trip up at 2 locations- The Springs & Spa Resort in Arenal (inland part of Costa Rica) and the Four Seasons at the Peninsula Papagayo for the beach.

(If anyone is curious about a honeymoon-oriented trip to the Philippines, I am happy to provide details on our plans to travel to Manila, Boracay, and Oahu). 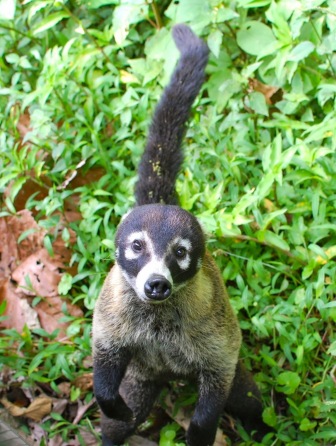 Can’t narrow it down to just one, but top three include: 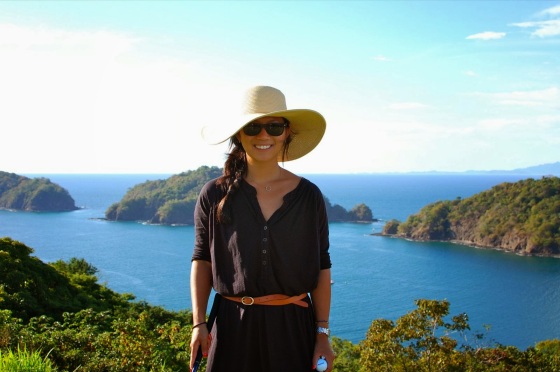 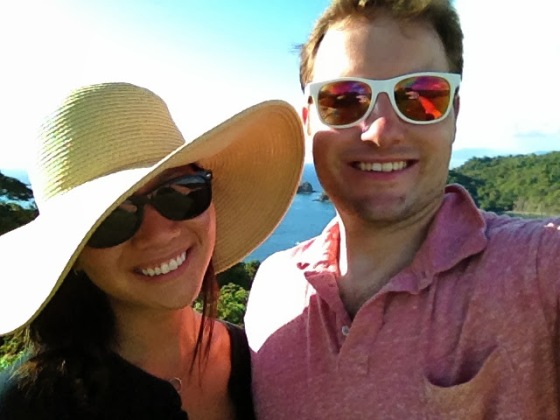 END_OF_DOCUMENT_TOKEN_TO_BE_REPLACED

Some friends of mine recently got married in Mexico (blog post coming soon!), and now they’ve asked me for recommendations on where to go on their honeymoon.   Their two biggest requirements?  Adventurous and inexpensive.

Since this couple lives in California, I immediately thought that they have two major options: Asia or Central America.  Here’s why:

If your honeymoon is 10+ days, I’d definitely recommend going to SE Asia, specifically certain parts of Thailand, Vietnam, Malaysia*, and Cambodia*.  Although your flights will most likely be $1000 or more per person, your money is going to go a very long way once you’re there.  You can stay at incredible resorts for less than $200 a night, domestic flights are super cheap, fancy dinners can be had for $30 or less, and spa splurges like massages are around $15. 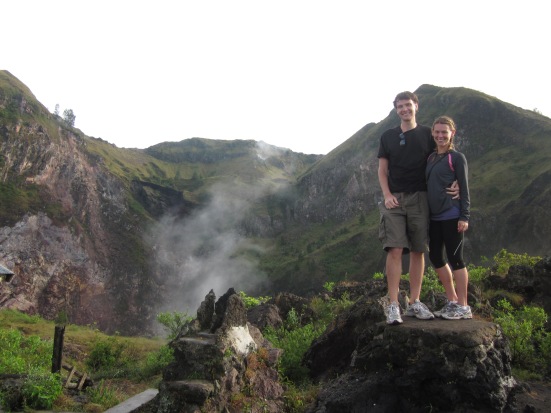 SE Asia also offers a lot of cool options for adventure lovers.  You can trek with elephants in Thailand, go water rafting in Bali, hike mountains in Borneo – the list is endless (and pretty damn awesome). 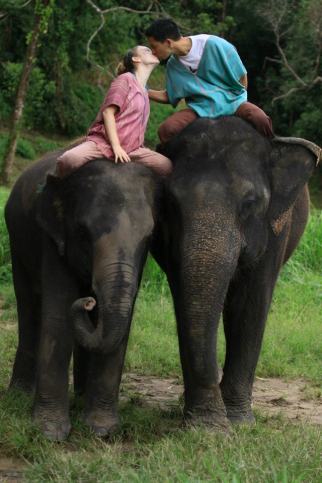 If you want to stay on budget, just make sure that you avoid the most touristy areas and “name brand” hotels.  In other words, if you think that the Four Seasons in Koh Samui will be a steal just because it’s in Thailand, think again.  (Because the cheapest rooms are about $1000 USD a night!)

Remember when I was deciding whether to go to Belize, Nicaragua, or Panama last Memorial Day weekend?  Well, the flights from SFO to all three countries were basically the same price: $600.  And compared to flights to Asia, they’re really short which makes them perfect for honeymoons that are less than 10 days. 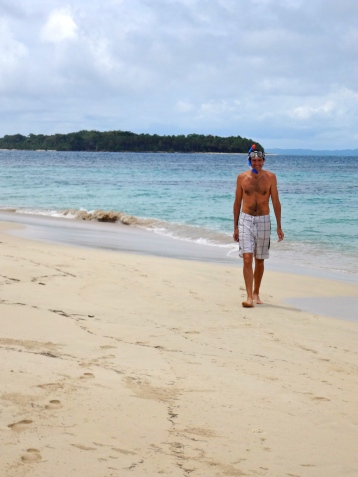 While Costa Rica is great for honeymooners, it will certainly not be your cheapest bet.  Belize*, on the other hand, has great “beach + jungle” resort combo packages at all different price points, and our neighbors raved about the amazing diving resorts in Honduras.*  Panama is a major up-and-coming surf destination, as well. 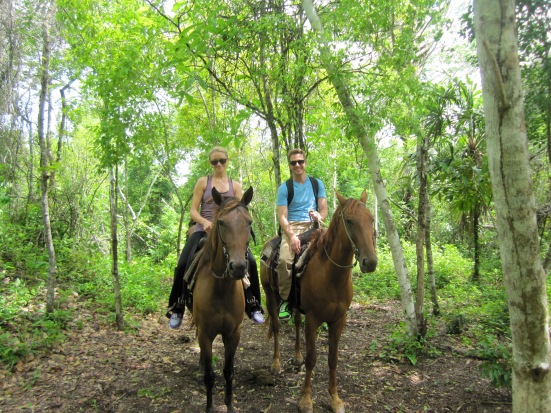 Again, you may save money if you stay away from the big name hotel chains and choose boutique hotels instead.