This week’s Real Honeymoon features one of the happiest couples I know, Desa and Jared. With tropical relaxation as their number one honeymoon priority, they decided to make the (relatively) easy trip from California to Maui where they avoided the typical touristy activities and just enjoyed the beautiful island for what it is. Desa and Jared also really know what’s up when it comes to great food, so you won’t want to miss their list of awesome Maui restaurant recommendations toward the end of this post. Read all about their wonderfully relaxing Hawaiian honeymoon below:

How did you decide on your honeymoon destination?

Jared and I are pretty good at waiting. We waited over ten years to get married and another eight months before we took our official honeymoon. I am very happy we did not try to plan a big trip after our August 2013 wedding, but my level of anticipation grew as the months went on and I could not decide where I wanted to go. I suggested Belize, St. Maarten, Japan… Jared wanted to go to Hawaii. I pulled up itineraries for Ireland, New Zealand, and the Tahitian Islands. But Jared wanted to go to Hawaii. Everyone goes to Hawaii, Jared. How about something new?! Also, I couldn’t shake that memory of the one time I went to Hawaii (Oahu) and got chased down the street by the 300 lb pepper spray wielding Samoan transvestite named Passion – not the honeymooniest image.

Jared’s sales pitch: tropical, uncomplicated, good food and drink (something other than rum).

The months went on and I ended up working through a long, mentally exhausting trial. So, when it was time to book the trip, EASY was the name of the game. Hawaii! And it was perfect. Good work, Jared. 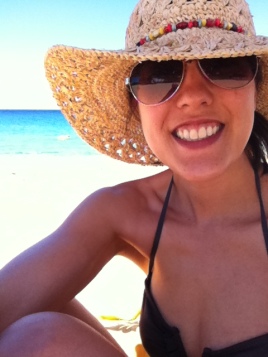 The level of relaxation. We slept in every day, then wandered down to the cabana by the ocean with our bottle of sparkling wine, guava juice, and bowl of ahi poke, and floated back and forth between the ocean and the lounge chairs. Maui let us revel in sun-soaked lazy hours, until we felt free enough to ignore every tourist guidebook and “must-see” recommendation.

Instead of hopping aboard an overrun snorkel tour boat, we self-explored around our beach with gear found in our condo, learning later that Black Rock just south of our cabana is one of the top five snorkel spots on the West side of Maui. Instead of a luau, we treated ourselves to decadent dinners of elevated island fare.

Instead of the early morning trek up the Haleakala volcano, we cruised up north for an easy walk down to the Nakalele Blowhole with its picturesque heart-shaped rock.

One day we took a short trip to the Upcountry (central Maui) for a day cheese-tasting at a goat farm, exploring the deserted Enchanting Floral Gardens, and dinner at the Hali’imaile General Store for one of the best dinners I have had in my life. 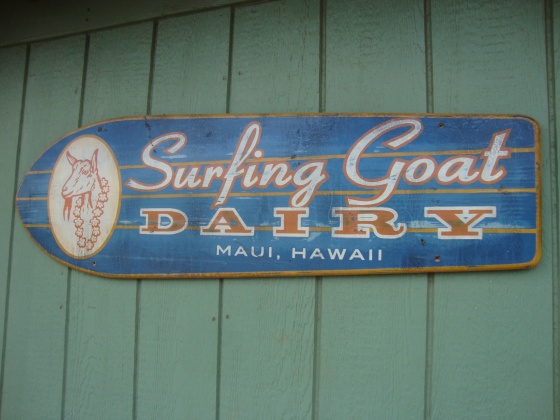 Knowing Jared and I could always come back to Maui if there was anything we wished we would have tried was very liberating. It allowed us to focus on each other instead of our itinerary.

I would book a hotel on the East side of the island for the last two nights of the trip. That way we could explore the Road to Hana without the daunting task of driving the long winding road twice in a day, which we opted to forego this trip.

END_OF_DOCUMENT_TOKEN_TO_BE_REPLACED

This week’s real honeymoon blog post features another California couple who took advantage of the West Coast’s proximity to Hawaii.  Jessie and Jon really nailed the perfect balance between beach/relaxation time and doing exciting activities during their trip.  Read their fun recommendations and check out the beautiful photos below:

We left one day after our wedding and spent 10 days in Hawaii…..six nights in Kauai and four nights in Maui! [July 2011]

My husband and I discussed where we wanted to go….we both wanted a place that was fun, chill and beautiful! Since I planned a majority of our wedding, my husband was happy to plan our honeymoon. I had been to Hawaii before and thought it was a beautiful place that would let us just chill and enjoy being married without to much travel or stress :)

Staying at the Four Seasons in Maui….and just being able to enjoy being husband and wife! It was the first time in a long time that I allowed myself to just chill!

Really nothing…we had a great time, the service, the side trips we planned, our days just relaxing at the pool…. everything was just “us” and gave us the time to enjoy one another’s company instead of getting caught up in the day to day obligations!!!

My husband did most of the planning….which was very difficult for my OCD tendencies! But he did an amazing job planning awesome activities as well as massages! Here are some of the best activities we did:

Helicopter Tour: Jack Harter Helicopters
We went on a helicopter tour, which was amazing. About 70% ok Kauai is only accessible by air, so this definitely gave us a chance to look at some of the amazing views of the waterfalls, beaches, etc that would not have otherwise been able to see.

ATV Tour:
This was by far one of the best, most fun activities we did. Amazing, kind, nice guides! Really fun drive, got to see where movies were filmed, provided lunch! Just awesome :)

Catamaran Tour:
This was really fun! Beautiful views, got to go snorkeling, saw dolphins, provided breakfast and lunch! One word of advice, if either one of you or your fiance get motion sickness I would recommend taking something before, a couple people got sick on the boat….mostly kids though!

END_OF_DOCUMENT_TOKEN_TO_BE_REPLACED

College sweethearts and fellow Michigan Wolverines Megan and Mike didn’t want to choose between Hawaiian islands, so they decided to go to two!  Read all about their fun and adventurous Hawaiian honeymoon below:

Hawaii in the beginning of September (2011) – Kauai (Grand Hyatt in Poipu) and Maui (Hyatt Regency in Lahaina).

We wanted somewhere warm and tropical, where we could relax AND be adventurous.  We knew we would be exhausted and need lots of pool and cocktails, but we also knew we would get restless if we couldn’t get out and explore.  We also didn’t want to sacrifice too much time and budget of the vacation traveling, since we were already flying from Northern Michigan back to LA.  We decided on two islands because we don’t get to travel very often, and we wanted to make the most of the time off.  We chose Kauai based on recommendations from friends.  It sounded more quiet, so we started our trip there to unwind after the wedding.  We chose Maui as the second island b/c there were so many “adventures” we read about (volcano and watefalls!).

Watching Michigan beat ND under the lights…jokes (but it was an added bonus)!  This is actually really hard to answer because we got to do so many amazing things.  I loved the day we spent in Waimea Canyon in Kauai because we were both totally in our element together.  We found ourselves alone on most of the trails, we went off roading in our jeep wrangler (a must on both islands!), and just enjoyed some spectacular views.  I also loved our day on the Road to Hana.  Nothing is more Hawaii then swimming in a waterfall.

The day we spent on the Road to Hana in Maui.  It was an epic adventure, but there are two things I would have changed.  1) I would have charged our camera before we went or even brought a waterproof disposable for all the waterfall photos and 2) I would have bought water shoes for all the slippery rock climbing in the water fall lagoons.  In Kauai, I also wish I would have known to get into Waimea Canyon Park early and up to the Napali Coast viewpoint at the top before the clouds roll in.  We were lucky and got a quick sneak peak, but the longer you wait the less likely the view gets.