Not only does the multi-leg itinerary make this honeymoon incredibly unique, but it’s also the first one that I’ve ever come across that involves both sets of in-laws! Read all about Jane and Sean’s one-of-a-kind honeymoon in wine country, Kauai, and South Korea below:

We had three legs to our honeymoon (Sonoma, Kauai, and South Korea), and we left the very next day after our wedding [May 11, 2014]. It was ambitious on our end, but we wanted to maximize the number of hours we had on actually enjoying our first destination rather than spending the precious time on a plane. Needless to say, we were two very, very, very tired (and hungover…) passengers on our flight [from Chicago] to California. 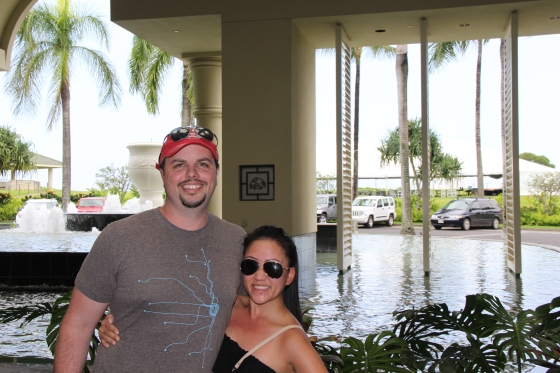 My in-laws have always wanted to visit Northern California (specifically, wine country) so we thought, “let’s go there first and invite them along!” So, we spent the first leg of our honeymoon with them in beautiful Sonoma (specifically, the adorable town of Healdsburg). If anyone is planning a trip to wine country, I would highly recommend staying at Hotel Healdsburg. Perfect location, exceptional hotel staff, and intimate (without being too quiet) ambience.

We live in Chicago so our Norcal destination was “on the way” to the second destination of our honeymoon (Kauai) which segmented the overall flight time. Kauai was an easy pick for us because that is our favorite of the Hawaiian islands. We’d both been there separately as kids so we were excited to explore the beautiful island together as adults. And, of course, Kauai did not disappoint!

As for the last and final leg of our honeymoon, we chose South Korea as Sean had never been there before and because every husband should see where his wife was born/raised! My parents joined us for this leg of the trip and they planned out the entire itinerary for our stay there. Since the majority of my extended family still reside in South Korea, my parents also planned a second wedding reception while we were there so that extended families who couldn’t make it to our Chicago wedding could attend. :)

Risking the fear of sounding too corny and mushy, the best part of our honeymoon was that we were ON our honeymoon. We were both bitten by the travel bug at an early age so we’ve both (together and separately) had significant travel logs under our belts. But, there is something so special and charming about being on your first trip as husband and wife. Even the most mundane activities such as enjoying a cup of coffee in the morning from the balcony of your hotel is novel and sweet. However, If I had to pick a single activity of our honeymoon that stood out the most, I’d have to say it was the 17-mile kayak tour along the Napali coast. Absolutely breath-taking.

…the amount of days I requested to take off for the entire honeymoon. The length of the actual honeymoon was perfect; I just needed a full extra day before returning back to work (and a gazillion emails). :)

Short answer is zero. Long answer is that my husband and I agreed from the get-go that I would take full ownership of the wedding and that he would take full ownership of the honeymoon. It was a win-win situation for the both of us since I love every aspect of wedding planning and my husband loves every aspect of traveling. I was so caught up with wedding planning that when we actually embarked on our honeymoon, I felt like I was a mystery trip! As a person who loves surprises, I enjoyed every minute of being surprised on my own honeymoon!

While in Kauai, we stayed at the Presidential Suite in St. Regis in Princeville. I nearly fainted (and probably choked on whatever I was drinking – most likely wine) when Sean told me how much it would cost us, but now looking back, it was the biggest and BEST splurge. We were treated like royalty and it was the perfect way to relax and reward ourselves for a wedding well-done (or at least we hope it was!). We had our own private butler (I secretly named him Alfred) during our entire stay. ‘Nuff said. :) 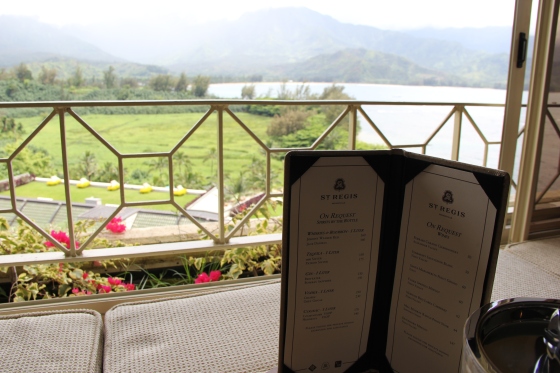