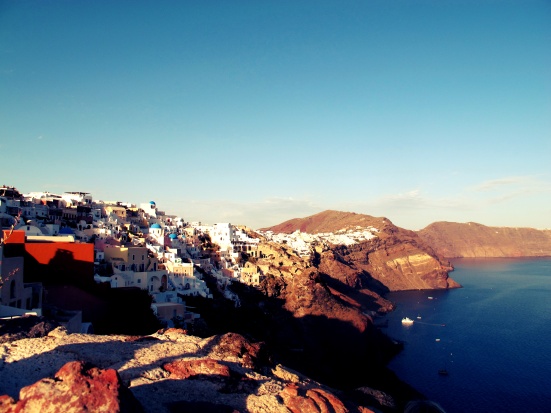 One of Austin’s best friends was getting married in Mykonos, so we planned our wedding dates to coordinate. We also really wanted to go to France because going to fabulous restaurants is one of our favorite things to do!

I don’t think I can narrow down one best part because there were so many awesome things we did. Food was definitely one of the highlights. We heavily researched our restaurant selection for Paris and it really paid off; we had unforgettable food and dining experiences. We also had a great time celebrating Austin’s friend’s wedding, it was a beautiful setting at the lovely Mykonos Grand Hotel. Another highlight was the boat ride we took in Santorini. Only one other couple was on the boat, and they were also on their honeymoon! It was beautiful, the crew cooked us an amazing lunch, and our boat even got a visit from a playful dolphin! In Paris we also did a lot of walking through neighborhoods and sitting on park benches – it was fabulous. 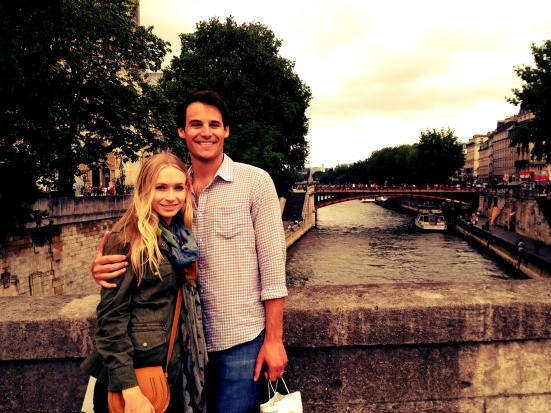 I would have packed warmer clothes and closed toed shoes for Paris! We were there the second week in June, but it was fairly chilly and it even rained for one whole day.

I planned a lot in advance, but most of the planning was food related. I made dinner reservations for most nights of the trip about a month ahead of time. One of our friend’s travels the world just to eat delicious food, so we had awesome restaurant suggestions to work with. I also looked at all the menus and read tons of Yelp reviews. We were only disappointed with one restaurant (L’Atelier de Joel Robouchon) mostly due to their terrible and overpriced wine suggestion. I also booked the catamaran trip ahead of time in Santorini. 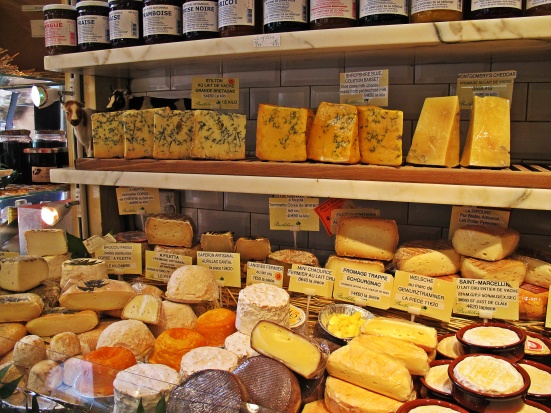 We spent the most money on food in Paris… it was worth it!!!

We would love to go to Italy next. The food, culture, and scenery are just spectacular.

Below are some additional helpful tips from Erin… and one comment from me at the end because I couldn’t help myself :)

* Everyone I know is obsessed with this place!