I really hate layovers.  To me, they’re almost always a waste of time and just another chance of a delayed/missed/canceled flight while the airline loses my luggage.  That’s why earlier this year, my husband and I made the conscious decision to always pay extra to fly direct whenever we possibly can.

However, flying direct to many popular honeymoon destinations is just not feasible, even for those who live near big hubs like Los Angeles or New York.  So if you need to have a layover or two, why not try to make the most of it à la Anthony Bourdain?

You may find yourself stuck at LAX en route to Hawaii, Australia/New Zealand, Asia, or Tahiti/Fiji.  Depending on how much time you have, you will probably want to rent a car since the city is so spread out.

I totally agree with Tony that your very first stop should be In-N-Out Burger – there’s one right by the airport.  (The burgers aren’t huge – you’ll still look awesome in your bikini, I promise.)  After that, the world is your oyster.  If it’s your first time in LA, you may want to drive over to do some shopping in Beverly Hills or The Grove.  If you’re looking to just take it easy, maybe drive over to Malibu or Santa Monica.

Beware of LA traffic though, and make sure you give yourself plenty of time to get back to the airport before your next flight.

Miami is the gateway to the Caribbean and South America.  The infamous beaches are just 30 minutes away, and you can easily get there via the super shuttle or a taxi. 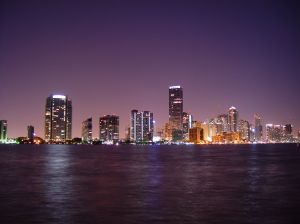 South Beach is a pretty amazing place to people watch and get some excellent seafood.  But if you don’t want to venture out of the airport, there’s a pretty decent Cuban restaurant that you should check out in Terminal D.

London is a great city for a layover because there’s so much to see and do, and Heathrow will connect you to many airports throughout Europe and Africa.  Unless you’ve got tons of money to spare, take the Tube into town because taxis are incredibly expensive.  In fact, everything you do is going to be pricey, so just be aware of that.  If you’re going to be in London for < 24 hours, just buy a one-day travel card.  But if you’re going to be in town for longer than that, buy yourself an Oyster card.

Crunched on time?  Just go to a pub.  Which pub, you ask?   Any pub will do.  Really.  Beers will be at least $8 each, but they will be delicious and worth it.  Order some fish and chips as well.

Have plenty of time?  There are so many great (and free!) museums in London, my favorite being The British Museum.  You’ll also want to take obligatory photos near Big Ben, Westminster Abbey, and Buckingham Palace.

[Disclaimer: I’ve never personally been to Hong Kong, but I’d love to see it firsthand!  My layovers in Asia were in Taiwan and Kuala Lumpur.]

Not surprisingly, Hong Kong is a popular layover airport for folks flying to other destinations throughout Asia.  In less than 30 minutes, you can take the Hong Kong Airport Express into downtown for only $13.

Once you’re in town it will be time for you to do one of two things: 1) start the process for getting a custom suit made to order, or 2) start eating.  Some call Hong Kong the greatest food city in the world.  Whether you want authentic cuisine or something from the West, you can find it all in Hong Kong.

[Disclaimer: I’ve never personally been to Dubai either.]

Anthony Bourdain has not yet aired a Dubai episode for The Layover, but I suspect he’ll do one for the next season.  Dubai is a hub for Emirates Airlines a.k.a. my favorite airline of all time.  (In 2005 I flew on Emirates round-trip from Sydney to Bangkok and I think it was the greatest flight experiences that I’ve ever had.  I flew coach – I can’t even fathom how incredible first class would have been.) 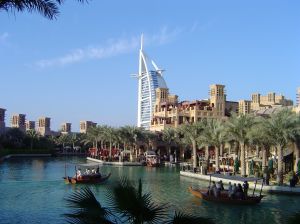 Dubai is famously extravagant.  The restaurants, the architecture, the shopping malls are all larger than life.  What do I plan on doing when I arrive in Dubai one day?  Definitely indoor snowboarding at Ski Dubai.  They even have penguins!

From Dubai, Emirates has direct flights to the Maldives, Seychelles, and South Africa.