My husband and I just got back last week from a pretty awesome eight day trip in Morocco, but I must admit that I’m glad to be back in San Francisco. Don’t get me wrong, it was a great vacation, but it was one of those trips that also made me really appreciate the comforts of home.

We chose Morocco in the first place because neither of us had been to Africa before and we were looking for a destination that was warm, exotic, and relaxing, but with plenty of adventure. Our plan was to spend two nights at one hotel in Marrakech, go on a private four day/three night desert tour, and then spend our final two nights at another fancier hotel back in Marrakech. (We had originally toyed with the possibility of spending one night in Essaouira at the end of the trip, but boy are we relieved that we nixed that idea. We were completely exhausted by the end of the desert tour, and it felt so nice to just relax in Marrakech when it was over.)

Our first two nights in Marrakech were spent at the stylish Riad Meriem, a beautifully decorated boutique hotel in the heart of the medina. The manager Hassan made us feel right at home and was always happy to pour us some Moroccan mint tea or Casablanca beer. Knowing that we’d get hopelessly lost if we even attempted to navigate the confusingly windy roads on our own, he arranged for his colleague to walk us to Cafe Arabe for our first dinner and pick us up again afterward. It felt a bit funny to have a designated escort, but we were grateful! Below are some pics that don’t do Riad Meriem justice: 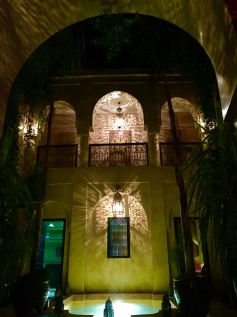 During our first full day in Marrakech we sought out some of the major tourist attractions such as the Ali Ben Youssef Madrasa, Bahia Palace, Jemaa el Fna, and Dar Si Said, and in between we made sure to get ourselves lost within the never-ending maze of souks. In retrospect, I wish that we had hired a guide to show us around the souks with a bit more of a sense of purpose and context, but it was fun getting lost on our own nonetheless. 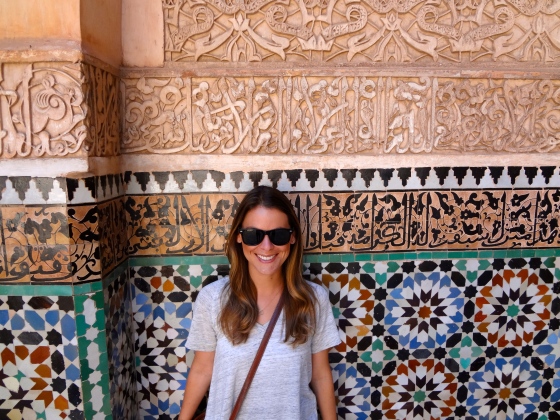 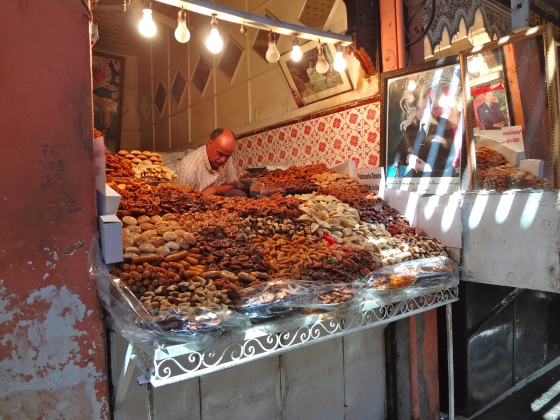 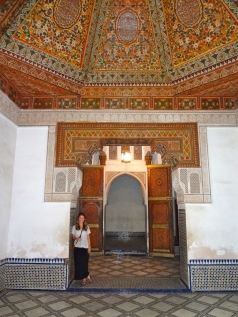 For our second dinner, Aaron was very excited about trying the street food in the Jemaa el Fna while I was a bit hesitant due to my uncanny ability to fall ill while traveling abroad. However, I am very happy to report that we had a delicious dinner at stall 32 (thanks to the rec from Legal Nomads) and refreshing juice from stall 44 without suffering any negative consequences. Even if you don’t want to take your chances with street food, seeing the square all lit up at night is a must-see. 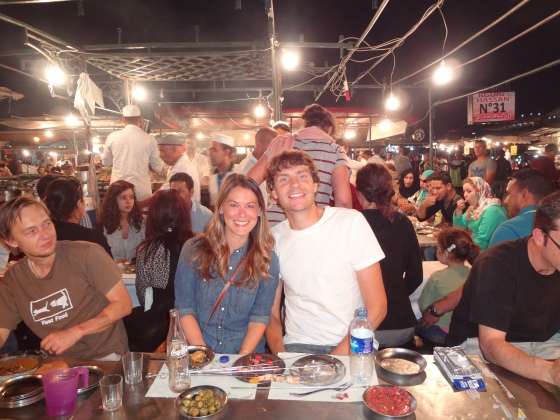 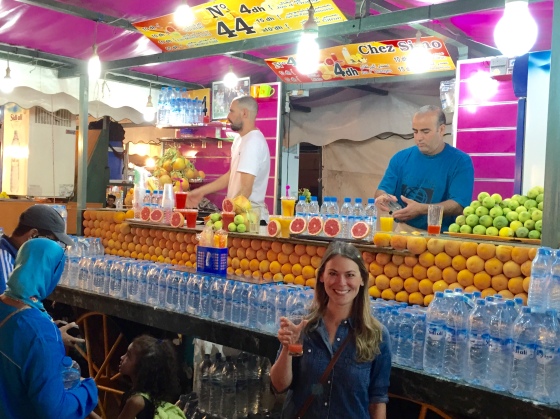 As for some general Marrakech recs, here a few things to keep in mind:

You don’t want to see the “after” photo