We haven’t had a new Real Honeymoon post on the blog in a few weeks, so I was thrilled when my friend Kathleen agreed to write a post about her recent honeymoon in Asia where she and her husband Jon decided to split their time between the cities and beaches. Sounds like the perfect balance to me! Read all about their amazing honeymoon in Singapore and Thailand below:

We went to 2 countries [in February 2014] – Singapore and Thailand. While in Thailand we hopped around from city to city. We went to Bangkok, Chiang Mai, Krabi, Koh Phi Phi, and Phuket.

We were gone for 2.5 weeks – disregarding the 24 hours it took to get to and from. I wish we could have stayed longer…but you can’t avoid real life forever!

My husband and I had actually both been to this part of the world previously, so it was actually a little bit of a tough decision. Why re-do Asia when we could see something we’ve both never seen before?  I lived in Singapore when I was younger, and while there we had traveled to Phuket for a family vacation – pre-tsunami. Jon did Asia about 4 years ago for school. He went to Vietnam, Cambodia, and spent about a day in Bangkok.

Asia has a special place in my heart, as corny as it may be, so I had been dying to go back. I’ve always knew that once I got married, I would want my husband to see Singapore someday. Jon also really enjoyed Asia and felt like he missed out on Thailand during his trip – half of his friends did Thailand and half did Vietnam when they had gone for school. I had only ever seen Phuket, so seeing the rest of Thailand sounded great to me. So that was that! We both loved the idea of seeing different cities in Thailand and while in Asia we were able to squeeze in a quick trip to Singapore. We’ll save the rest of the world for later!

I have a really hard time answering this question. Everything was really unique in it’s own way! Singapore was awesome for me – very nostalgic. Bangkok is so insane in an interesting way. Chiang Mai was more rural, a little more cultural and we got to pet tigers. And as for the beaches, you really can’t go wrong there! 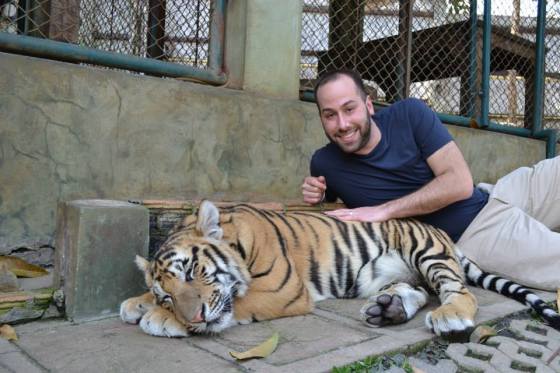 But, if I have to answer, I would say 3 things: 1. I really loved Krabi. We didn’t really know what to expect from it. We chose it after debating which beaches to hit for weeks. We finally chose it somewhat randomly because we knew the rock formations would be very picturesque. Just seemed beautiful. Our hotel was awesome there – it was only accessible by boat because it was set in a nook surrounded by massive rocks/mountains. The beaches were beautiful, the resort was amazing, and we were able to get to the small town of Ao Nang every night via boats to walk around and eat. So we there was a mix of beach and Thai culture. 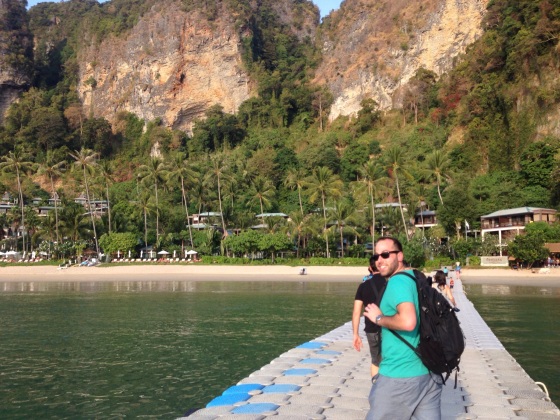 2. We took a cooking class in Chiang Mai that we LOVED! Siam Rice Cooking School – do it!

3. Being away for 2.5 weeks was so great. When we finally started the beach portion of our trip, we both looked at each other and were like “Wow…we still have 7 nights!” Best feeling ever.

There are definitely a few things I’d do differently, not that our trip was anything short of amazing!

1. I would have stayed one more day in Singapore – we did that so quickly and it felt like we tried to shove things in and we had just gotten to Asia. It was a lot. I could have probably planned that one out a little better.

3. We planned a few guided tours a long the way – they were OK. We would have probably been better off doing it on our own. Our tour guides also spoke really poor English so it was very difficult to understand them.  However, we might have just chosen poorly. I’ve heard others say they loved their tours. Recommendations are definitely the way to go. Why we didn’t listen to others – I still don’t actually know…

4. I don’t know when we’ll go back to Asia, it’s soooo far away! But…there is still so much I want to see there. Sometimes I wonder if we should have just taken a whole month off. I would still love to see Angkor Wat and Vietnam. Who knows though – maybe we’ll make it back one day! 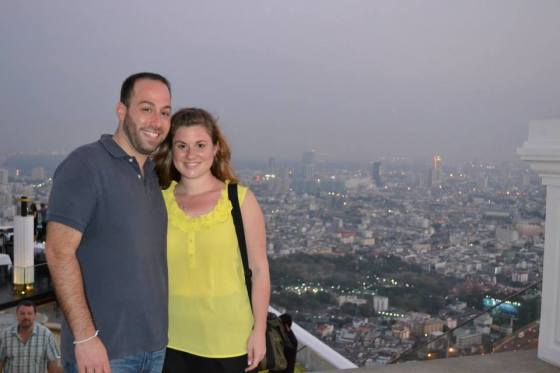 We used a travel agent that had planned similar trips for a few people we know, so that was helpful. She was great for the travel portion – flights, transportation, etc. but as far as things to do, she didn’t offer up a whole lot. We probably could have done a bit more planning on our own. We did read a lot on TripAdvisor and had a Fodor’s book with us the whole time, but I think we could have planned Singapore and Chiang Mai out a little better – we were still making decisions when we were there. We had quite a few “What should we do now?” moments. That’s probably also a personality thing – we met a few couples there that just showed up, no hotel reservations or anything! While that sounds kind of awesome, I’m not sure I could do it!

Our biggest splurge was in Koh Phi Phi. We had our own pool villa at the Zeavola. It was pretty awesome! We figured, what the hell – it’s our honeymoon! It’s a very “green” hotel, so almost everything except our bed was outdoors. It was 2-stories, private and just beautiful. They also left us little gifts each night on our pillows. They took a picture of us when we first arrived, put the picture in a handmade frame and gave it to us the first night. There was also a small Thai Worry Doll, a small handmade elephant and a handmade bag/pouch for your cellphone. It was really a little nice touch! We would highly recommend the hotel to anyone.

We talk about this all the time. We’re currently debating between Eastern Europe (Turkey, Greece and Croatia maybe) or South America (possibly Brazil). It will likely be a long debate. In the meantime we might make a quick trip to Puerto Rico or one of the Virgin Islands. TBD! 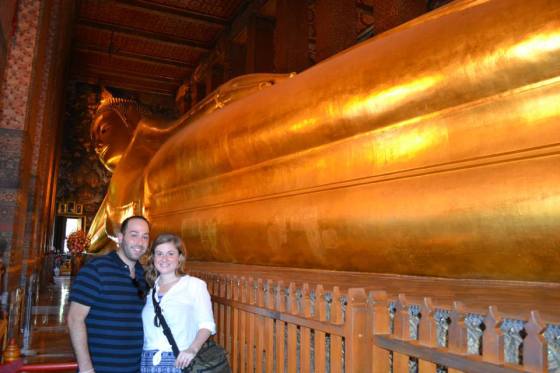 Below are extra food/restaurant tips from Kathleen: